Southeastern Louisiana Universities’ theatre department prepares for new shows in the upcoming semester. With the help of students, faculty, and the surrounding community, they hope for an experience full of emotions for the viewers.

Starting Feb. 27- March 2, the department will be making an appearance for it’s first play of the semester, “Life on the Moon”.

The play is by Anna Tatelman and will be Directed by Jim Winters. This play is acknowledged by it’s 2017 Inkslinger Winner award. “Life on the Moon” is about a military man, Spencer, returning home and only Piper, his autistic sister, notices something is wrong. This play is noted to be a new type of persona given to a character and one that the campus has not seen before.

Later in the semester, another play called “The Crucible” will also be making an appearance. This play is by Arthur Miller and will be directed by Chad Winters. It will be open to the public on April 24-27. The Crucible takes place in 1692 in Salem, Massachusetts. It is a twist on the story of the beginning of the Salem Witch trials and troubles faced with the accusations.

Student Caitlyn Mitchell expresses her thoughts on the productions preformed at the university.

“I always love going to the plays on campus,” said Mitchell. “They keep me on my toes and I never know what to expect. It’s rarely ever your common plays but rather ones that will make the crowd anxious or even become strongly opinionated. It’s the vibe they can give me when I am leaving that lets me know if they did something right.”

Students attending the university have the abilities to access free tickets in the box office with their student ID. Tickets are also sold for $15 at general admission and $10 for seniors or non-SLU students. Southeastern encourages the community to join the play and theater festivities. Some children may be unadvised to seeing the plays. 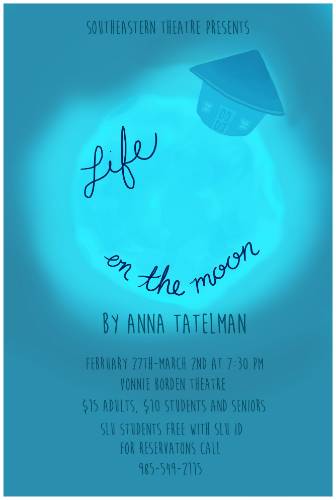 Anonymous source stated, “The cast has already been chosen and auditions are in the process for the next play. We are excited to see what we can bring emotionally to our audience this upcoming semester. Hopefully it will create a strong emotion, whether it be good or bad, that’s how we know we did our job as actors.”

The Department plans to release the information to the public closer to the dates of the actual plays. Students who are in the plays have been involved in national and regional competitions and have also offered students the chance to have hands on experiences. They offer students the ability to create sets, playwrights, acting, and hosting a show.

“I think this semester will be the most challenging for the actors,” said Mitchell. “But the little information that has been released already has me on my feet”.

Southeastern Theatre department is placed in D. Vickers hall on the campus and flyers can be found throughout the campus regarding the next play. Flyers can also be found on the selu website for auditions, actors, upcoming plays, and more. For more information regarding the plays or tickets, visit the Box office in D. Vickers or call 985-549-2115.